Welcome to the official K.C. Undercover Wiki, a collaborative encyclopedia for everything and anything that is related to K.C. Undercover! There are 402 articles and we are still growing since this wiki was founded in 2014. The wiki format allows anyone to create or edit any article, so we can all work together to create a comprehensive database for the K.C. Undercover franchise. Don't forget to visit this wiki's Policies before editing.

K.C. Cooper is a high school math whiz and karate black-belt who learns that her parents are spies when they recruit her to join them in the secret government agency, The Organization. While she now has the latest spy gadgets at her disposal, K.C. has a lot to learn about being a spy, including keeping her new gig a secret from her best friend Marisa. Together, K.C. and her parents, Craig and Kira, and her younger siblings, Ernie and Judy (a humanoid robot), try to balance everyday family life while on undercover missions, near and far, to save the world.
#GoodbyeNotes

Goodbye notes to K.C. Undercover from users of the wiki:

Billybug I’m sad that it’s ending it was a good show and I’ll never forget it.

DisneyChannelStar14: Goodbye K.C. Undercover. You were one of the best Disney Channel shows I've seen. I really wish you had gotten a fourth season but I'm even more happy you got a third. I'll miss you.

FullerHouseFan01: K.C. Undercover was one of the most best Disney shows! It's sad to see the show go, but Zendaya is growing up and moving into bigger and better things. I hope Kamil and Veronica get noticed by their contribution to Disney too. Goodbye K.C. Undercover, you will be deeply missed!

Mysterymenace: I've grown up with the show starting with a first impression that at first seemed off according to the first fight scene I've ever seen but after watching more of it I became a huge fan knowing it would go far. I loved K.C. Undercover even to this day and it will always be in my heart. You will be missed by many. Good luck with your futures.

Go to these sites for info or for help with your own wiki!

It's a Laugh Productions • Full list of Disney Channel wikis 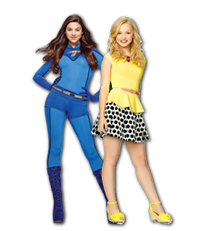 Go to these sites for info or for help with your own wiki!

Our featured character is Marisa! 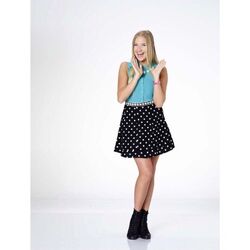 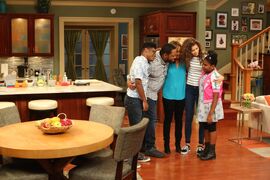 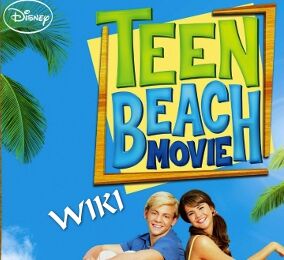 Refresh for another recommendation

Retrieved from "https://kcundercover.fandom.com/wiki/K.C._Undercover_Wiki?oldid=42414"
Community content is available under CC-BY-SA unless otherwise noted.